Deprecated: mysql_connect(): The mysql extension is deprecated and will be removed in the future: use mysqli or PDO instead in /home/helpiammocom/public_html/db.php on line 3
 Moving Home Nightmares

Moving House is stressful enough, without it all going wrong. Thankfully moving disasters are rare and can be avoid, so check out some of the moving home nightmare stories and how to stay learn how to avoid them. Free Checklists & Advice for moving home » 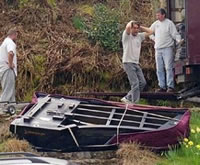 Image rights owned by respective owner. Moving house scams and nightmares are rare, thankfully. But they are all avoidable by some careful planning and staying alert.

How to avoid a Moving House Nightmare

Moving home is a great new chapter in your life, it should be exciting. Sometimes however things can go wrong. We have put together some examples when the home move has not gone to plan, and some great tips and advice on how to avoid a moving nightmare arriving on your doorstep.

Sometimes dubbed the 'Friday Afternoon Fraud' because this scam happens more often than not on a Friday afternoon especially before a bank holiday, allowing the culprits the weekend to avoid detection. When you are moving home, in all likelihood you will have to transfer large sums of money to a solicitors bank account, usually for the deposit required or final funds.

Fraudsters will typically gain access to email accounts of the victim or their solicitor, altering legitimate emails sent between both parties that give details of bank accounts into which the monies should be transferred between. The fraudsters can alter the account details or send a spoof email pretending to be from a solicitor, informing them that they have changed their bank details.

Leading cyber-security experts, suggest the public should avoid email when giving or receiving payment instructions to solicitors and always check with your solicitor first if you receive an email notifying you of a change of bank details.

Moving house can be stressful at the best of times, but when something goes wrong or you are deceived then your move can turn into a nightmare. Anne Cottingham was five days from moving to Norfolk and needed to ask her Removal company a couple of questions. After calling, no one answering the phone, Anne began to worry especially they had already taken payment. It turned out Anne was right to worry, her chosen Removal company had indeed vanished. Sadly Anne wasn't on her own to be let down by this removal firm. Mr Taylor, one of many people waiting to move, lost over a thousand pounds after he became suspicious, also due to a lack of communication.

Fortunately both Anne and Mr Taylor discovered the problem in time to re-arrange their moves. This wasn't the case for Becky Szenk and Mark Higgins of Bilston. They hired a company to move them, all was fine as they loaded up the van. It wasn't until they arrived at their new address and the van didn't that things turned sour.

It is difficult to avoid this but by having many removal companies quote for you move, you will always have a well prepared back up option.

When you exchange contracts you are agreeing to vacate your property by a specific time on a specific day (subject to delays in money transfers). In an ideal world everyone would recieve the keys to thier new home at lunchtime, but this does not always happen.

A couple of reasons for delays can occur and both can cost you money.

Completion delays are, unfortunatly on the increase and because of this a lot of removal companies have an hourly fee in thier terms and conditions to cover wage costs if this happens. All you can do is to keep calling your solicitor to check for the transfer of funds to have been completed succesfully.

The other problem can occur when the people moving out of your new home, have not vacated even when the completion has happened. Usually because they are moving themselves and hired a van to move thier belongings that is not big enough. They filled the van but left a lot in the home, (No problem they will unload and then come back for the rest). Ths is okay if they can access thier new house, however if they are waiting for the keys, they wont be able to unload until the keys are released. When this happens thier old house should be empty as you are the now the new owners and ready to put your furniture in. Instead you are left waiting for them to clear all thier stuff and tensions can emerge. Check with them to see how they are moving out, and stress you have booked a removal company who will charge extra if they have to wait to gain access, even if completion has happened.

How to choose a removal company

Top tips on choosing your moving company in . A quick guide on Removal companies and what to look for.Avoid Moving Nghtmares

How to avoid these moving nightmares when moving in and what to look for.Top Moving House Tips

The best moving house tips, to help you move house in , quickly and stress free.

#1 Don’t move on a Friday.
Even though the weekend gives you time to settle in to your new pad, in reality it is the worst day of the week to move house.
see more moving tips... 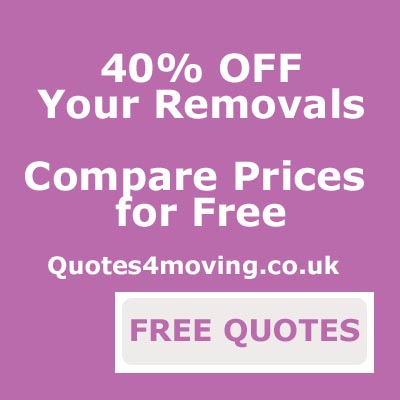 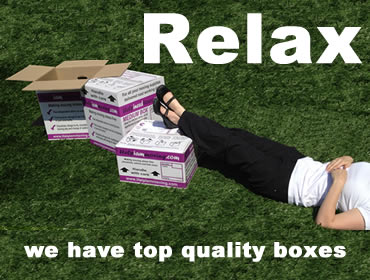 If you cannot find your town have a look at the towns and cities that we have help people move house in recently.Moving house in the UK

Don't get ripped off

How much to move home?
Move yourself, see what you'll save
Already have quotes, check it's the best price?
What ever the reason, check out
our Move Price Checker.
Don't get ripped off.